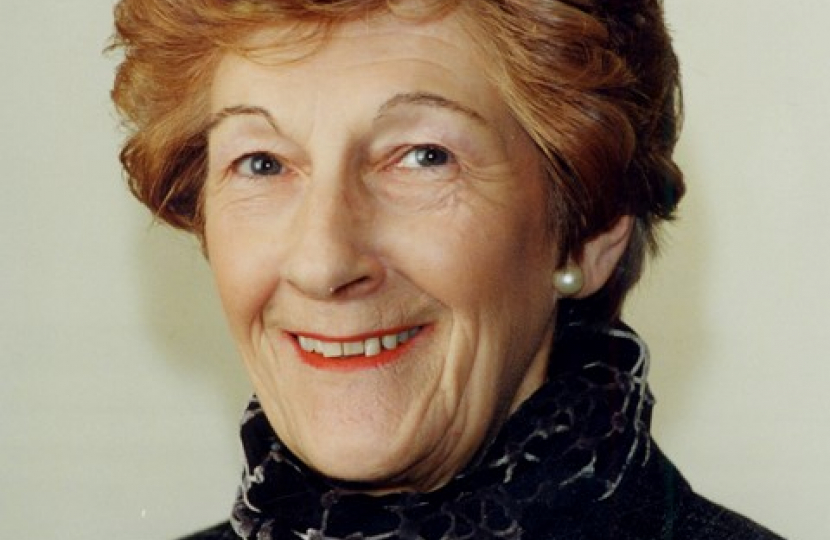 Wallasey Councillor Kate Wood was the longest serving member of Wirral Council when she stepped down in 2012. First elected when Wirral was created in 1973, as a Liberal, Kate joined the Conservatives soon after and became one of the hardest working and most respected councillors.

Never one to 'suffer fools' or backward at making her views known, Kate was a fearless champion for Wallasey. She was re-elected at every election she contested, notably in 1992 when she was elected with a majority of more than 3,000 votes, just a few weeks' after Lynda Chalker had been defeated as the town's MP.

During her time on the Council, Kate served as Chair of the Education Committee and, in Wallasey, was Chair of Governors at St George's Primary School for many years. Kate was made an honorary alderman of the council in 2013 and served as Mayor of Wirral in 2000.

She was also a member of Merseyside Police Authority for more than 20 years.

Cllr Lesley Rennie said: ""Kate was one of the leading figures in Wirral politics, to which she had dedicated her life. She had respect from people from across all political divides and likewise, she had respect for them. Kate worked tirelessly for the people she represented and she will be very sadly missed by a great many in Wirral and further afield."