Ian has lived in Wallasey since 1994 and, before that lived in Meols, after his parents moved from Huyton in 1980. Ian attended Great Meols Primary School, Hilbre Secondary School and then Wirral Met College, before joining a Youth Training Scheme with the then Abbey National Building Society.  He went onto work in debt advice and later promoting modern apprenticeships to school leavers.

Ian supports a range of local voluntary organisations and is a former governor on local primary and special schools.

In the Town Hall, Ian has been appointed to: 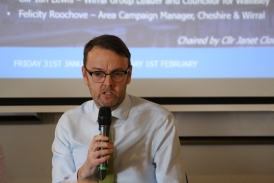