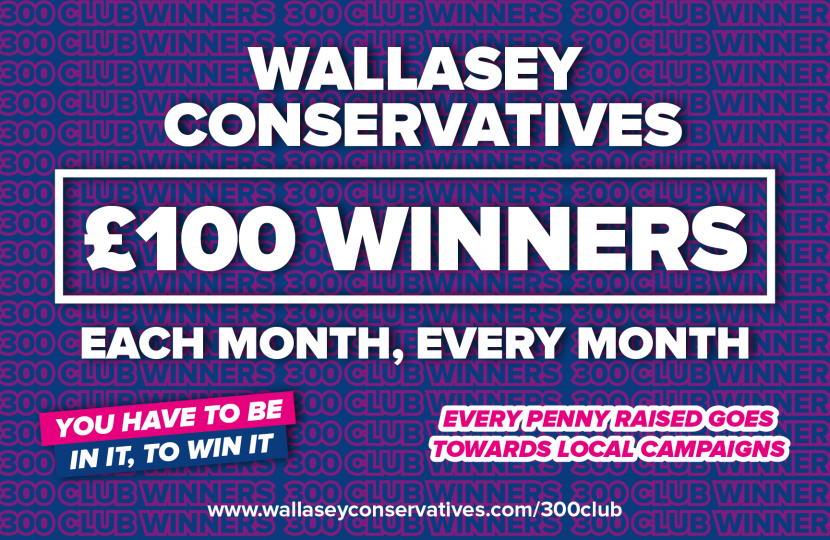 Every month, our 300 Club pays out a prize of £100 to a lucky winner drawn at random. The 300 Club also generates a surplus for the local Party to help with our campaigns across Wallasey and Moreton.

Each ticket costs £13 and lasts for the year - guaranteeing entry in 12 draws.  You can buy as many tickets as you want and our 300 Club is open to anyone - you don't have to be a Party member to buy a ticket.

Our 300 Club is a great way to help the local Conservatives and give you the chance of winning £100.

There are two ways to take part:

After you've joined, we'll enter your name in the monthly draw and we'll keep in touch to let you know who has won.  If you've won, we'll send you a cheque immediately.

Remember, you have to be in it, to win it!

If you feel you have a problem with gambling. visit www.gambleaware.co.uk or call the Gamecare National Helpline on 0808 8020 133

Our 300 Club is registered with Wirral Borough for the purposes of the Lotteries and Amusements Acts and the registered promoter is Ann Lavin.