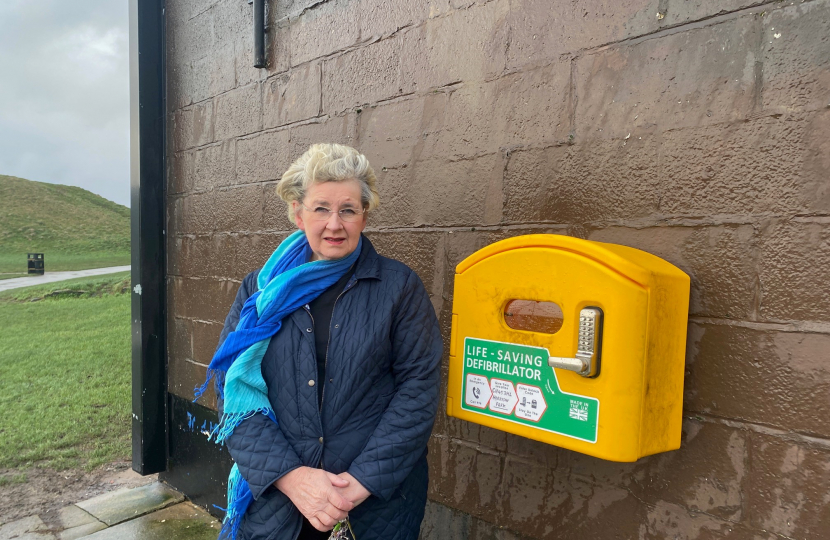 A newly installed defibrillator in one of Wirral’s most popular parks has been stolen, in a move condemned as ‘mindless’ by a local councillor.

The ‘defib’ was installed in Harrison Park, Wallasey less than two months, as part of the rollout of 46 additional kits in the borough.

Anyone visiting Harrison Park and requiring the use of a defibrillator, when they rang 999 they would have been directed to the external wall of Football Pavilion by North West Ambulance Service.

Councillor Lesley Rennie said: “Only last week, I met with the Friends of Harrison Park to discuss the latest work by the volunteers to maintain and protect this fantastic local amenity.

“Now, we learn that some mindless individual has decided that putting lives at risk is a great way to get his or her kicks. It’s isn’t. It’s sick.

“The defib could potentially save the life of anyone in the park – football players, tennis players, bowlers, parents or children in the play area or anyone just out for a walk.

The theft has been reported to Merseyside Police.

Steve lives in Wallasey and worked to ensure older people in Wirral received the care and financial support needed to remain in their own homes.