Steve Williams was first elected as Councillor for Moreton West & Saughall Massie in 2009, then re-elected in 2011, 2015 and 2019. Since retiring as a Police Officer in 1999 Steve has run his own computer business.

Steve is passionate about Moreton and Saughall Massie as he has lived in the ward all of his life.

Outside the Town Hall, Steve is Chair of Governors at Foxfield School, and sits on the committees of the Merseyside Recycling and Waste Authority and Mersey Port Health Authority. He is the Chair of Moreton Health Clinic’s Patient Partner Group and is also on the Wirral Branch committee of the National Association of Retired Police Officers.

Steve’s ambitions for the ward include the regeneration of the shopping and business areas, the continuance of good schools, doctors, dentists and better maintenance of the roads and pavements.

Steve has been married 40 years, has 2 daughters and 4 grandchildren, and has been a keen Everton supporter since the age of 8.

In the Town Hall, Steve is a member of:

Crack down on Carr Lane flytippers (and the rest)...

A new crackdown on people who fly-tip rubbish has been welcomed, a week after a road in Moreton was again blighted with dumped, unwanted rubbish and furniture.

Extra cash for victims of rape and sexual abuse welcomed

An increase in cash to help more victims of rape and sexual abuse has been welcomed by councillors and a leading Wirral campaigner.

Developers urged to 'get the message' on Green Belt site

Plans to build on a Green Belt site between Meols and Moreton have been thrown out by the Planning Inspector, following a campaign by local councillors and residents.

The site of the former Garden Hey Nurseries on Garden Hey Road is part of the Green belt between Meols and Moreton. 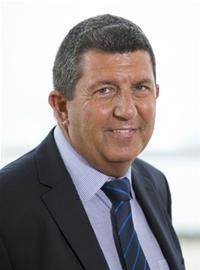