Tell us about road safety in your area 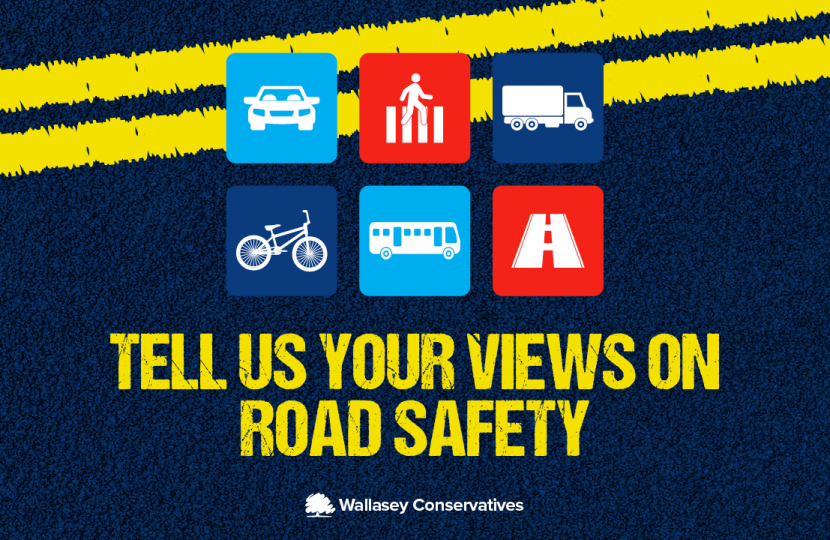 In Wirral, while the number of people injured on our roads has reduced in recent years, there is still much more that can and should be done to make travel safer for everyone. That's why we are asking for your help now.

Tell us about specific road safety issues and we will raise these with the Council to see what can be done to improve safety and, if appropriate, Merseyside Police.

The Council prioritises roads with the greatest number of reported crashes for action. The Road Safety Manager meets with Merseyside Police each month to review crashes to assess if action, by either the council or the police (or both), could prevent future crashes at the same location.

The Council is also working on a Borough-wide plan that seeks to reduce traffic speed and is also about to work with some primary schools on a pilot scheme to reduce car use nearby.

In April, we met with the Roads Policing Inspector for Merseyside Police. He has asked residents who have examples or concerns about driver behaviour on specific roads to report them directly to the police here

In previous years, we have raised concerns about speed, volume or parking issues on roads such as:

While the council has tackled other roads with higher numbers of crashes, with your help now, we hope to secure action on these roads and others.

Tell us your views on road safety

Safer Roads Watch is operated by community members with support from their local policing teams and councils, and aims to address the issues that affect the safety of residents and vulnerable road users such as:

The Merseyside Road Safety Partnership comprises police and local councils and works to promote safer roads for all responsible road users - including pedestrians, cyclists and drivers.