Paul lives in Wallasey Village and has campaigned on various issues on behalf of his community, ranging from the campaign to save Wallasey Village Library when it was threatened with closure by the Labour Council, to calling on the Council to do more to improve the facilities on council owned sport’s fields (which our grassroots teams have endured for far too long).

There has been five-fold increase in the number of families in Wallasey using their Tax-Free Childcare accounts to pay for their childcare costs.

Wirral residents who have been affected by the temporary closure of some of the Borough’s post offices are being urged to give their views to a national inquiry.

News that the Government has ordered an independent review into how IT failures in the Post Office network led to local closures across Wirral has been welcomed by a local councillor.

Nominate a road or pavement that needs action

Last year, Wirral Council was given an extra £1.4 million by the Government to fix more pot holes in our roads.

This money is now being spent but there is still more to do and, for the next programme of repairs, we'd like to know if your road or pavement needs to be included.

It's been revealed that requests for highways works have not been actioned since Wirral Council took the contract back 'in house' from BAM Nuttall in October 2018.

Wirral Council has been urged to 'get off the backs' of traders and small businesses in the Borough, after a stream of complaints about unfair charges and fines being imposed by their chosen contractor, Kingdom.  An online petition against the fines has also been launched by Councillor Paul Hayes

The Department for Transport has recently announced more money to improve access to railway stations under the 'Access for All' programme.

Wirral Council has been urged to do more to bring empty and derelict shops and business units back into use, including converting appropriate units into homes.

Following the 'temporary' closure of the popular Post Office in Wallasey Village, a petition has been launched to push for it to be urgently re-opened.

Residents and local councillors are set to oppose a planning application which could see the building of two homes on a former market garden site in Wallasey which resident’s say is the home of a local bat population. 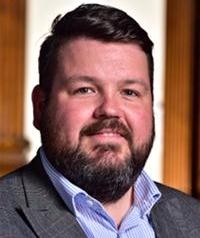