Secret Labour plan to 'accept' 6,000 houses on Green Belt in Pensby and across Wirral leaked... 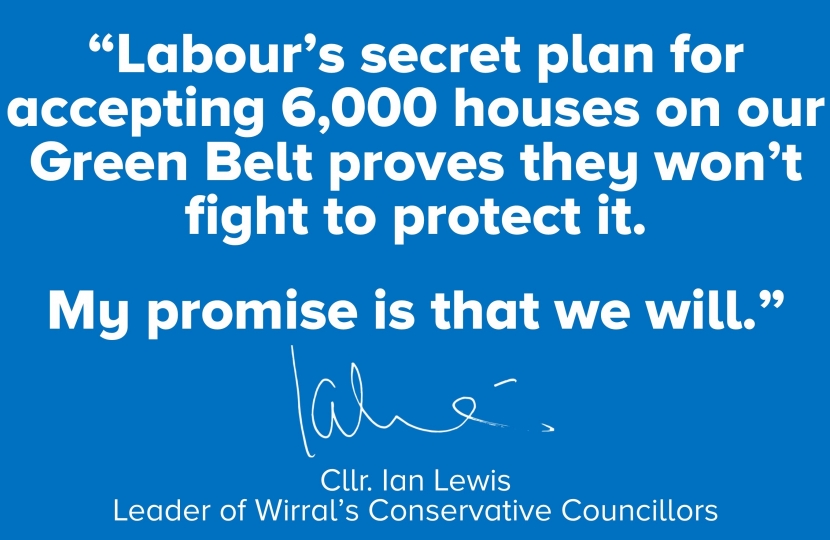 A secret report agreed between the Labour Cabinet and Senior Council Directors in November 2018 has been leaked and it reveals that they will 'accept' 6,000 houses being built on Green Belt in Pensby, Saughall Massie and Clatterbridge as well as a variety of other sites around the Borough.

The report, which was discussed with the Labour Councillors on 12 November, was reported back to them on 19 November and lists all those sites which Labour said they 'accepted', including a massive 1,705 houses on Green Belt near Pensby and Barnston.

Green Belt Campaigner Mike Collins said: "The leak of the full report shows the scale of Labour's plans - 6,000 houses, of which 1,700 would be in Pensby and Barnston.

"Not only does this destroy Pensby Labour's local claims but by trying to keep this secret until after the council elections it shows how desperate Labour has become."

"If elected as the new Councillor for Pensby, Barnston and Thingwall on 2nd May, I will vote to scrap Labour's secret plan and will, instead, fight for affordable homes to be built on so-called Brownfield sites."

Merseyside Police have, so far, recruited 251 extra officers, as part of the national plan to boost police numbers with 20,000 extra officers by 2023.