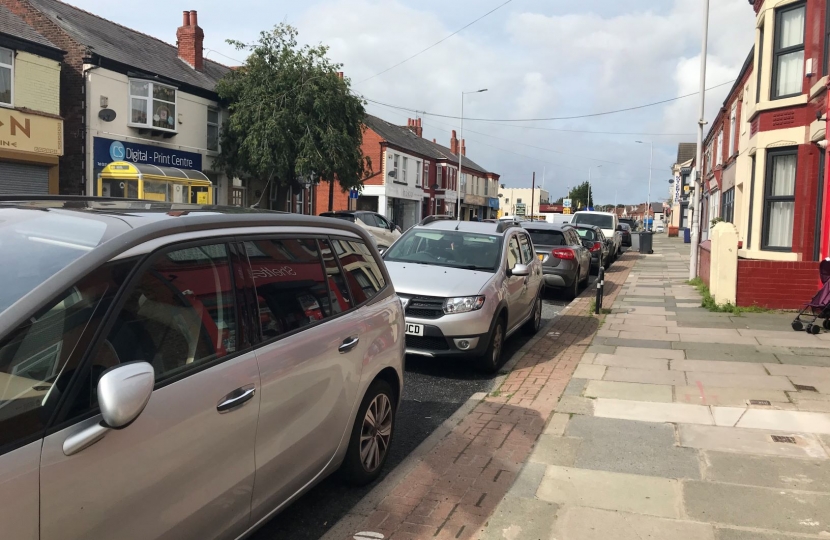 With barely 48 hours left until the close of the consultation, and still no sign of the promised leaflets being delivered, there are renewed calls to scrap the project and start again.

The proposed cycle lane through Seacombe, Liscard, Wallasey and New Brighton would see around 2,000 homes lose parking in front of their homes, forcing already congested side streets to become even more gridlocked.

Councillor Ian Lewis said: “We have seen a frenzy of online activity since Monday – and I’d like to thank everyone who has contacted me, Lesley Rennie and Paul Hayes on this. It’s clear from the response to the 800 letters we delivered to residents in Wallasey Ward on Monday, that there has been zero consultation on either selection of a route or the detailed plans as published on the internet.

“Among those who have been made aware of the plans since Monday, the response has been overwhelmingly negative – as the 500 comments on the official consultation page demonstrate.”

“While those without internet access, including some of our most vulnerable disabled and elderly residents, or residents along the route in Seacombe, Liscard and New Brighton Wards, have been excluded altogether.

“I have written to the Chief Executives of both Wirral Council and the Liverpool City Region Combined Authority calling for this project to be scrapped.

“In its place should be an open and transparent consultation on how the money from the Government should be best spent, in a way that does not cause further chaos in our residential areas. Money spent quickly is rarely money spent well and this project has gone down like a lead balloon in Wallasey.”

“The Cabinet need to admit they have made a mistake and go back to the drawing board.”

Sign up for our email updates on the cycle route plans