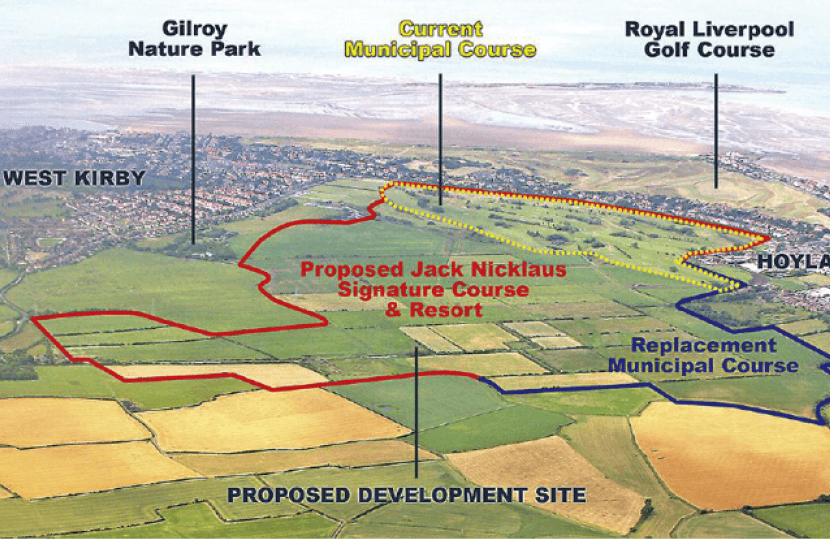 A fresh attempt is being made to end Wirral Council’s support for the controversial ‘Hoylake Golf Resort’, following the recent local election results.

Wirral’s 22 Conservative Councillors are requisitioning a special meeting – of all 66 councillors – to seek all-party agreement to cancel the project and avoid the use of up to £26 million of council taxpayers’ money required to fund it.

Councillor Geoffrey Watt (Conservative, West Kirby & Thurstaston Ward) said: “We have concerns regarding the financial support being proposed for the development and the potential risks to the taxpayer.  At the same time, the Council needs to be clearer on our need to protect the Green Belt as part of an effective and robust Local Plan.”

“A special council meeting will enable these issues to be debated in public and enable all councillors, including newly-elected Members and newly-appointed Cabinet Members, to give their views and, we hope, end Council’s support for the project.”

The request for a special meeting has been submitted to the Mayor and a decision is expected shortly.