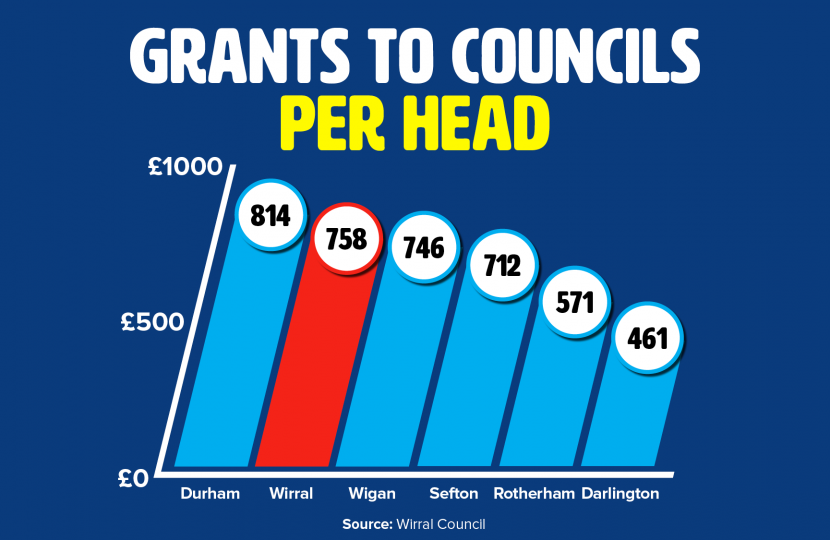 The latest Newsline in Wallasey, being delivered by Councillor Lesley Rennie and the team, focusses on the Council's latest budget crisis and two independent reviews into how it happened.

Of the 333 councils in England, Wirral was one of nine that was unable to balance the budget this year, as required by law. The Council sought additional cash from the Government, who agreed, but required two independent reviews first to find out why:

More information on these can be found here

During a briefing given to all councillors, it was made crystal clear that Wirral actually does well for grants from the Government - receiving £758 per head of population extra, on top of money collected locally in Council Tax, Business Rates and other charges and fees for services.

As well as the reviews, there was also further criticism of the way in which the Council has been run:

Our latest newsletter in Wallasey reports on these issues, as well as our plan for fixing the Council's budget problems.

Could you be a candidate?

All content, including words and images, is protected by © Copyright Ian Lewis 2022