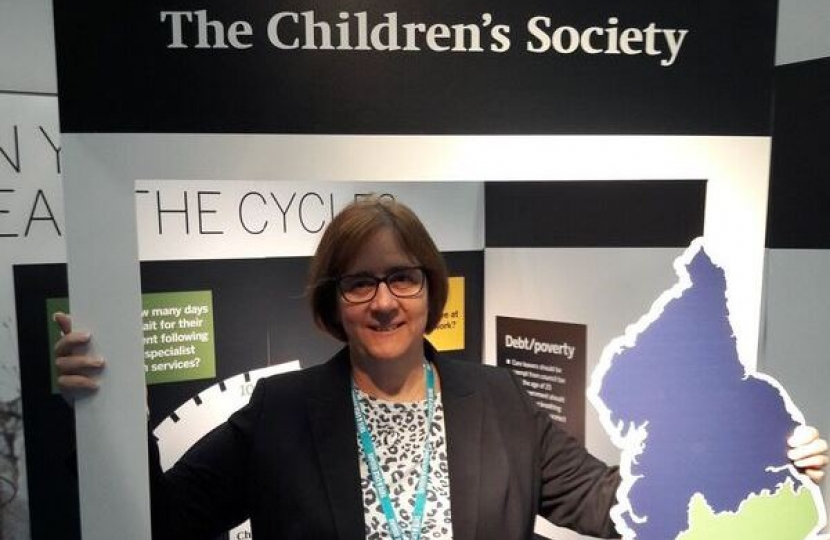 There's good news, at last,  for young people leaving care in Wirral.  Councillors have backed a call from Conservatives to exempt care leavers from being charged Council Tax until their 25th birthday.

A so-called 'Notice of Motion' submitted by Councillors Wendy Clements (Greasby, Frankby and Irby Ward) and David Elderton (West Kirby & Thurstaston Ward) was submitted, following suggestions from residents in West Kirby, asking the Council to back a campaign by the Children's Society.

Cllr. Clements said: "Having met with the Children's Society in Manchester last month, I am delighted that Wirral Council has acted quickly to help our care leavers.  It's really important that young people leaving care are given every support. Thanks to everyone who has been in touch with us on this issue."

Dr Sam Royston, Director of Policy and Research at The Children’s Society, which has campaigned nationally for care leavers to be exempted from council tax, said: “Care leavers have often experienced a really difficult upbringing and they may have experienced abuse, neglect or family breakdown which can have a big impact upon their life chances.

“Without the family support most young people get as they become adults, care leavers often struggle to juggle their household bills and make ends meet. Many find themselves in debt, or having to go without food or other basic necessities. To expect some of the country’s most vulnerable young people to start paying council tax just days after leaving care is setting them up to fail. That’s why The Children’s Society is continuing to call on local authorities to exempt care leavers from paying council tax.

“We’re pleased that the Wirral Council have agreed to look at this policy in more detail and we look forward to the council adopting it soon.”

The Council Tax exemption will be available from the start of the new financial year in April.