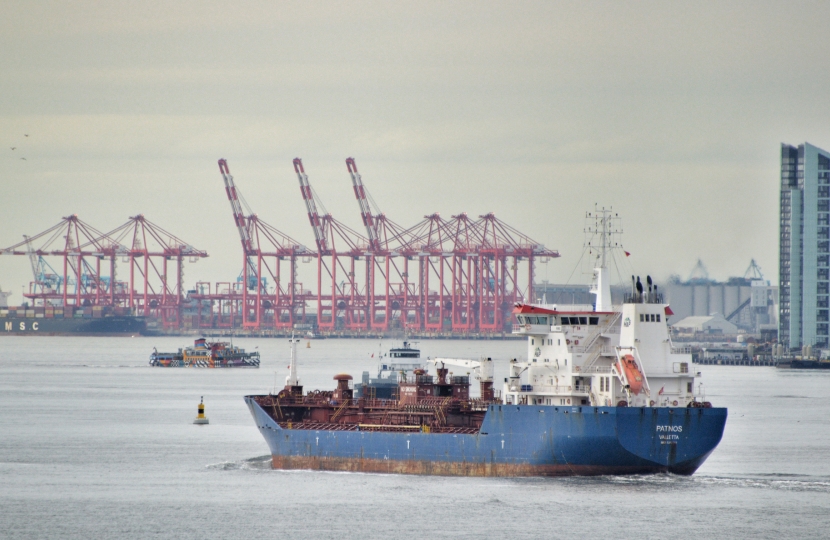 To make sure trade, and the jobs it brings, will benefit the whole country, Conservatives are setting up 10 new freeports, hopefully including one covering Wirral. Freeports will create thousands of jobs and help to regenerate left behind communities.

Seizing on the opportunities presented by leaving the EU, ports and their communities across England were invited in November to apply for Freeport status in a move that could transform historic sea, air and rail ports into national hubs for trade, innovation and commerce to regenerate communities in our industrial heartlands.

Designed to attract major domestic and international investment, areas given Freeport status will benefit from a wide package of tax reliefs, simplified customs procedures, a streamlined planning processes to boost redevelopment and government support to promote regeneration and innovation.

The Chancellor of the Exchequer, Rishi Sunak, said: "Our new Freeports will create national hubs for trade, innovation and commerce, levelling up communities across the UK, creating new jobs, and turbo-charging our economic recovery.

"As we embrace our new opportunities as an independent trading nation, we want to deliver lasting prosperity to the British people and Freeports will be key to delivering this."

At the centre of the new Freeports policy is an ambitious new customs model, drawing on international best practice, and building on the UK’s existing customs arrangements. A firm can import goods into a Freeport without paying tariffs, process them into a final good and then either pay a tariff on goods sold into the domestic market, or export the final goods without paying UK tariffs.

Areas given Freeport status will also benefit from a wide package of tax reliefs, including on purchasing land, constructing or renovating buildings, investing in new plant and machinery assets and on Employer National Insurance Contributions.

The first Freeports will be open for business in 2021, and sea, air and rail ports from across England were encouraged to apply, working in tandem with their local leaders, businesses and others in their communities. The local councils in Merseyside backed the application.

In the last two years, the UK government has agreed trade deals with more than 60 countries including Japan, Canada and, as promised, the EU – in a deal that is good for both sides but which protects British interests at home and abroad.

We’re also working on deals with the Commonwealth – countries that were, for too long, excluded from trading with the EU. We’ve already signed a deal with Canada and are working on agreements with Australia and New Zealand.