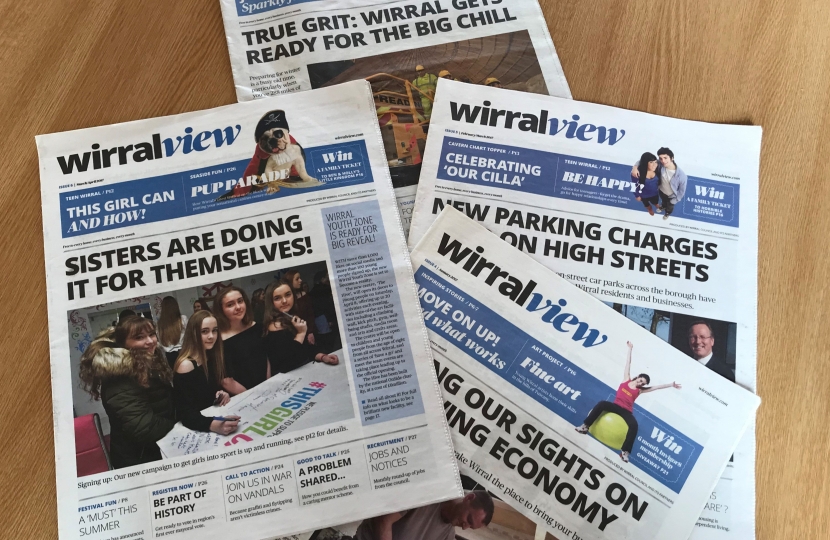 The publication, which has been blighted by distribution issues and criticism from residents since it’s inception, has, so far, cost the Authority £402,000.

Advertising revenue, promised at the time, has failed to materialise.

Councillor Tony Cox, who proposed ending the newspaper, said: “We must not waste another penny on this so-called newspaper.  It has failed against every measure the cabinet set for it.  £402,000 has been wasted. Half the Borough doesn’t get it and the other half doesn’t want it.

“I’m delighted that a majority of Councillors agreed and would ask the Cabinet to urgently accept the decision of Council and ensure that no further money is thrown down the drain.”

“The Government’s guidelines, against this kind of publicity, are there for a reason – Council newspapers don’t work.  Sadly, Wirral has learnt this the hard way.”