Conservatives urge voters to sign up for a postal vote 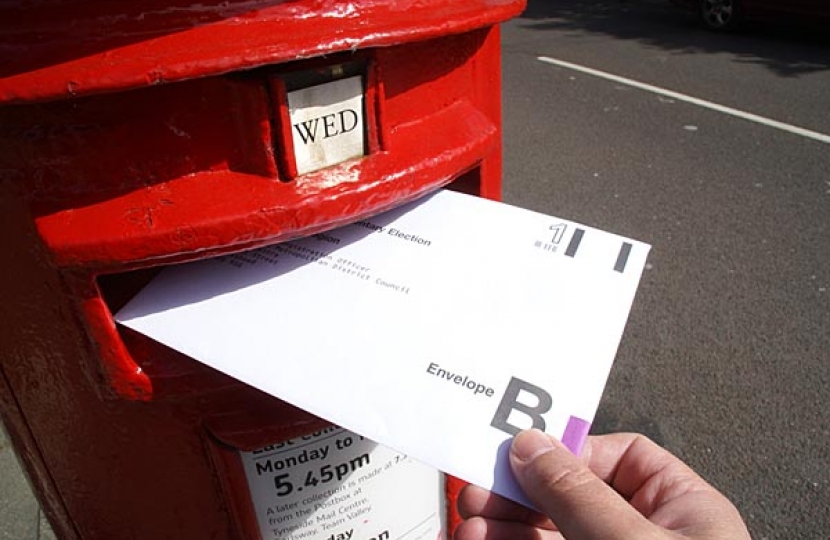 Conservatives have launched a campaign to encourage more people to sign up for a postal vote.  Postal votes are the safest way to make sure your vote is never lost, or stolen.

The campaign comes after the independent Electoral Commission revealed that 481 cases of voter fraud had been reported to the police.  This included cases of people turning up to vote and pretending to be other voters.

Sadly, Labour Councillors in Wirral opposed calls for the Borough to be included in a new scheme that would require voters to present identification (such as a driving licence or passport) before voting.

Everyone who signs up for a postal vote has the choice of either voting by post before the 3rd May or taking their postal vote to their usual polling station.

At the last elections in Wirral, some people were unable to vote on election day due to illness. Some were away on holiday, others out of the area for work.  A few people just forgot or were discouraged by the poor weather.  A postal vote means your vote need never be lost again.

To sign up for a postal vote, click on the link below for the form issued by Wirral Borough Council

Our Plan: we will encourage more people to get involved in local politics

At every election, there are people who forget to vote or who turn up but have failed to register to vote in time.  Here in Wallasey and Moreton, every vote counts.