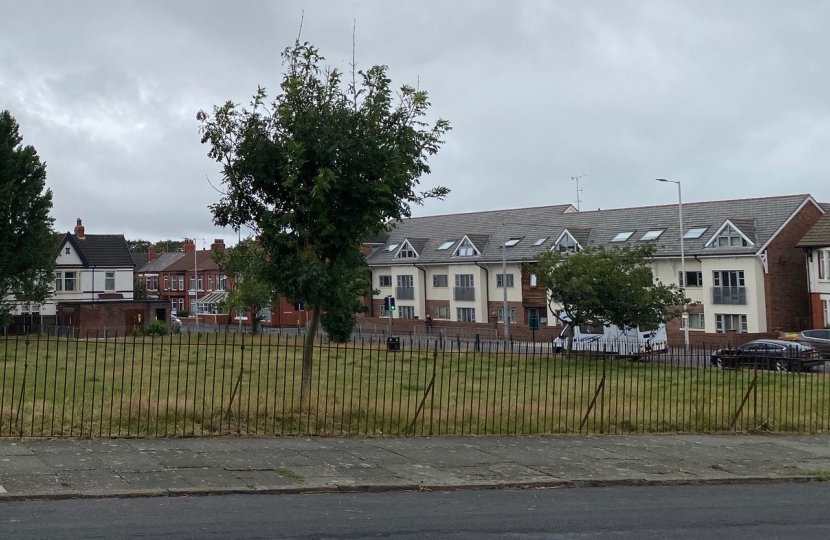 An application to install a 20m telecoms mast next to Flynn's Piece on Claremount Road has been refused by Wirral's Planning Officers, following objections from residents.

The plan, submitted by CK Hutchinson Group Telecoms would also have seen a large cabinet added nearby.  72 comments were received, of which 62 were opposed to the plan, citing concerns over how the mast and cabinet would dominate the street scene.

The Planning Department acknowledged these concerns, adding: "there are no buildings or vertical landscape features of a height that would effectively counterbalance, screen or soften the 20 metre height of the proposed mast, which would reach more than twice the height of surrounding built form and landscape features. Consequently the installation of the mast would result in a visually prominent vertical point feature that would dominate views from the adjacent public open space and the public highway on all approaches to the site."

The full report from the Planning Officers can be found below.

Councillor Lesley Rennie said: "The concerns of residents living nearby have rightly been accepted by the Planning Department. The open aspect of Flynn's PIece from Claremount Road is a well known, and long established feature of the local neighbourhood. A 20m high mast, with a large cabinet next to it, would be a blot on the local landscape."

"Thank you to those residents who contacted Paul, Ian and me on this issue."

Merseyside Police is among 18 police forces across England and Wales that are set to receive an additional £4.12 million to increase Hotspot Policing in towns and cities blighted by violent crime.