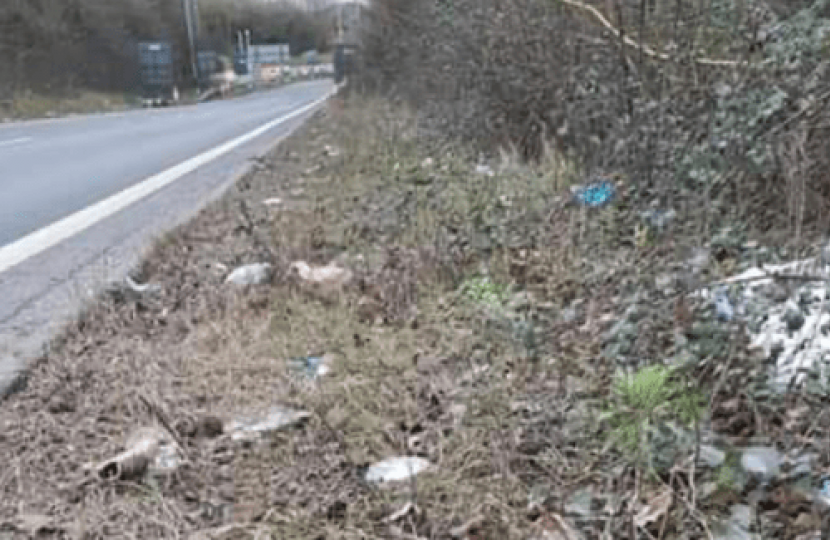 While Highways England has now completed the installation of the new bridge at Junction Two of the M53 towards Moreton, local councillors are calling on them to remove the accumulated litter and discarded maintenance equipment from the motorway - on the Moreton Spur and the 'B&Q roundabout' at Junction One for Wallasey.

The technical works have seen the original 50-year-old bridge replaced, as well as the installation of new lighting, centre reserve safety barriers and road markings.

The vegetation works, including the trimming of trees, swathe cutting and hedge trimming have, however, revealed that the job is not yet done.

Councillor Max Booth (Conservative, Moreton West & Saughall Massie Ward) said: "During the recent campaign, the litter along this part of the motorway was raised by several residents. Highways England has done a great job on the construction works but we've asked them to complete the job by removing the accumulated litter and waste."

Councillor Ian Lewis (Conservative, Wallasey Ward) added: "The accumulated litter, discarded traffic cones and temporary signage and frames blight what, otherwise, has been a successful investment at Junction Two, as well as along the adjoining route at Junction One for Wallasey.

"It would be a great shame if the lasting impression created for residents and visitors was the build-up of rubbish and discarded roadwork materials."

This week, the Department for Transport has also urged drivers to clean up their act.

Be part of our Green Action Team

The pressure group Clean Highways can be found here