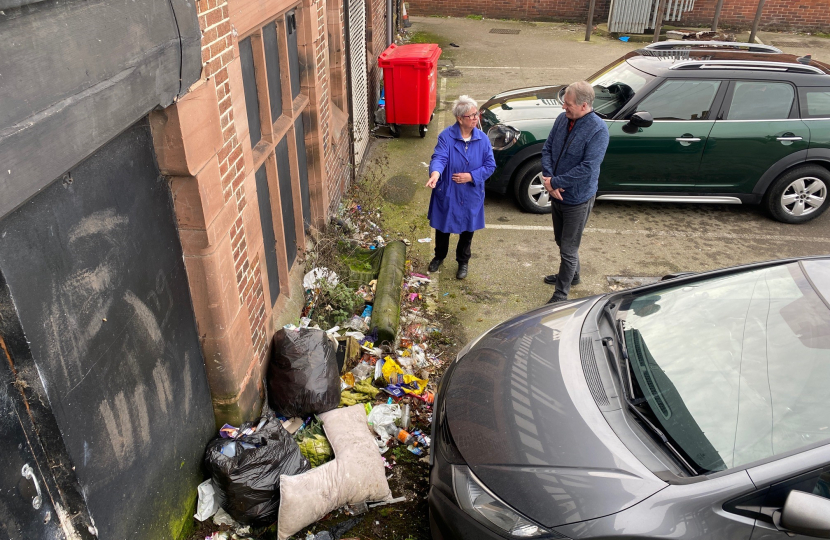 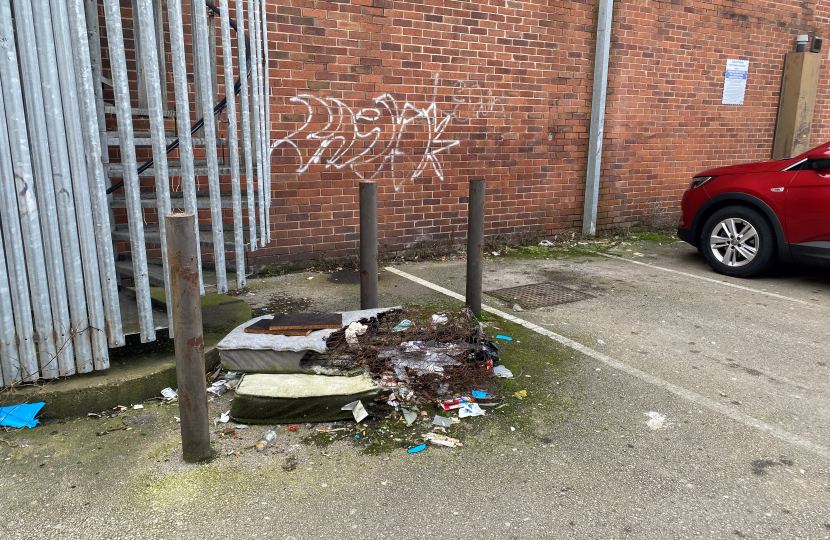 The owners of a privately-owned car park at Moreton Cross are facing demands for action on litter and waste by one of the town’s councillors.

The car park, at the rear of Heron Foods and the Coach and Horses pub, has become an eyesore with waste building up and never removed; a burnt out mattress and overflowing waste bins.

Councillor Vida Wilson (Conservative, Moreton West & Saughall Massie) said: “This car park is a disgrace. The owners have allowed the litter and waste to build up over months, if not years, blighting the local community and giving a very poor first impression to anyone visiting the town centre.

“The shopkeepers and the residents living nearby do not want to be facing this kind of mess every day.”

If the owners of the land do not act, they could face heavy penalties issued by the courts.

Gary Bennett lives in nearby Digg Lane and passes the car park most days. He said: “It’s not just an isolated case of fly tipping or an overflowing bin – there is accumulated litter near the buildings, the walkways and the car parking areas.

“The owners have signs up telling people they could be fined if they exceed the parking times – they need to be reminded that they also face fines if they don’t clear up this mess.”

Colin lives off Saughall Massie Lane. During his career, Colin was a care worker for the elderly in their homes and then for adults with autism, learning and physical difficulties.