Action to continue to tackle yobs at the Dips 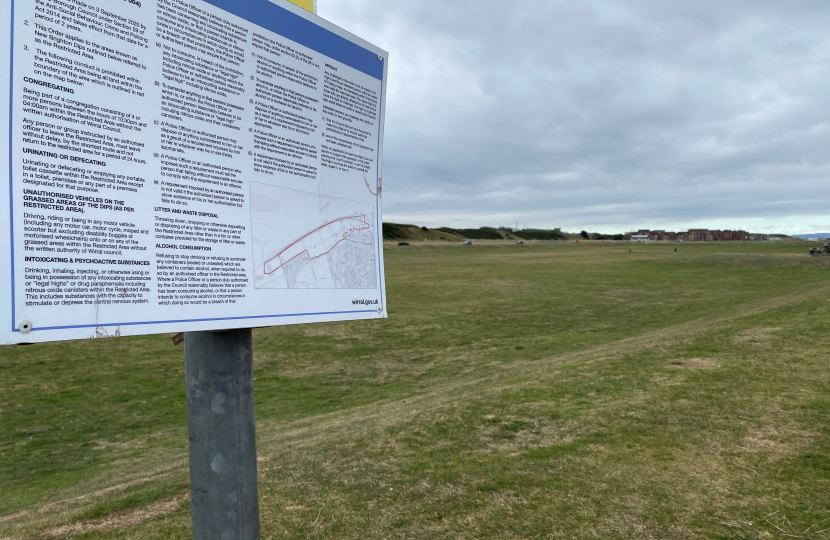 Measures to minimise anti-social behaviour at the Dips in Wallasey are to be renewed for a further two years following requests from local councillors.

Originally introduced for two years from September 2020, the Public Space Protection Order followed several weekends of fighting, fuelled by drink and drugs, following the loosening of lockdown restrictions at the time.

The Order was due to expire this week but, following a request by councillors, police and anti social behaviour officers have agreed to a further two year extension.

Councillor Lesley Rennie said: “While this order has not eradicated anti-social behaviour at the Dips, it has enabled the police and community patrol to act more swiftly in dealing with problems.

“By extending the order until 2024, I hope we can protect the law abiding majority, including those who live nearby, from the behaviour of those who only come to this local beauty spot to cause mayhem and mischief.”

“Along with my colleagues Paul Hayes and Ian Lewis, I would like to thank the police and the Anti-Social Behaviour Officers for responding to requests for action when behaviour has breached this order.”

This activity has previously had a detrimental effect on the local environment resulting in damage being caused as well as causing nuisance, annoyance and disruption to members of the public, business owners and their employees.

It is an offence to do anything that the person is prohibited from doing by the Public Spaces Protection Order without reasonable excuse. A person guilty of such an offence is liable to a fine on prosecution (currently a maximum of £1,000). Authorised officers can issue a Fixed Penalty Notice (£100) if appropriate.