So, Max, what made you join?

I joined my local conservative association because of not only my long term interests in politics but to establish a strong young voice for the conservatives.

I like their principles, policies and believe that the Conservative Party, locally and nationally, will put me in the best position for my future and the country's.

What have you been up to since you joined?

I've got involved and am speaking and meeting people on the doorstep, hearing about their needs and concerns while also establishing political and friendly connections with fellow Conservatives.

I also attended the Party's Conference in Manchester and had a great few days! [read Max's Conference Report here]

Joining and getting involved has shown me a pathway to getting more involved in politics and local campaigning.

Any advice for others thinking of doing the same?

To anybody interested locally I would highly recommend joining; you'll be greatly appreciated and welcomed by the local party.

To get Brexit done so we can get on with all the other issues that need action - such as the NHS, schools, environment and transport.

Brexit......something that surprisingly hasn't been making headlines over the past six months due to the ever-present Coronavirus, but since it brought me into the world of politics I thought I'd give it a mention. 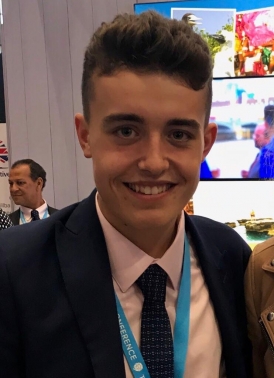 If you're 25, join us for £5
office@wallaseyconservatives.com
Wallasey Young Conservatives

Max Booth is 17 and lives in Wallasey Village.  He joined the Conservatives and has recently been appointed the YC Co-ordinator for Wallasey and Moreton.