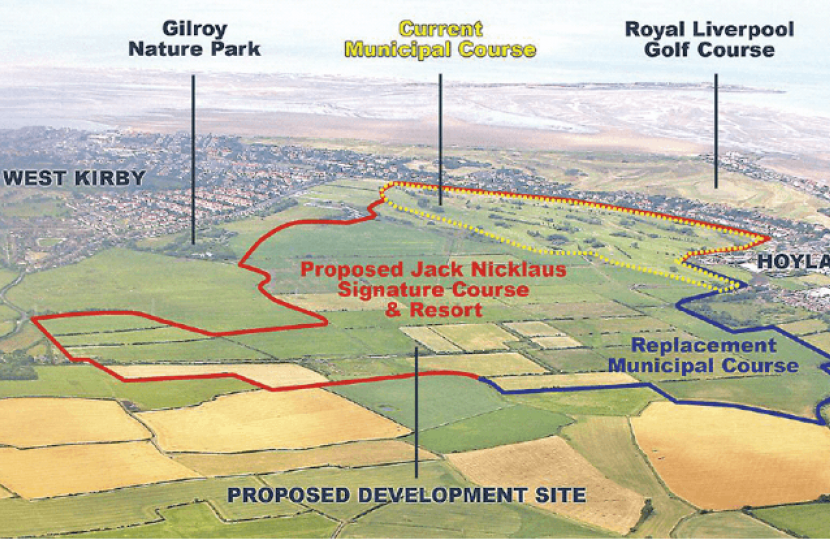 Following the decision by Labour’s Local Campaign Forum to oppose the plans for the Hoylake Golf Resort, the Borough’s Conservative Councillors have requisitioned a special council meeting to finally end the controversial project.

The Cabinet’s support for the golf resort, including the building of 160 luxury homes on the Green Belt in Hoylake, and up to £26 million of Council support, has led to more than 14,000 people signing petitions against it.

Councillor Gerry Ellis (Conservative, Hoylake & Meols Ward) said: “Too much public money has been wasted on this folly already.

“There were more environmentally-friendly alternatives offered which the Cabinet has never pursued.

“Instead, they have rushed headlong into a project without listening to residents, environment groups or even their own Party.

“Our request for a special council meeting will give all councillors the chance to say enough is enough and avoid risking up to £26 million of Council Tax.”