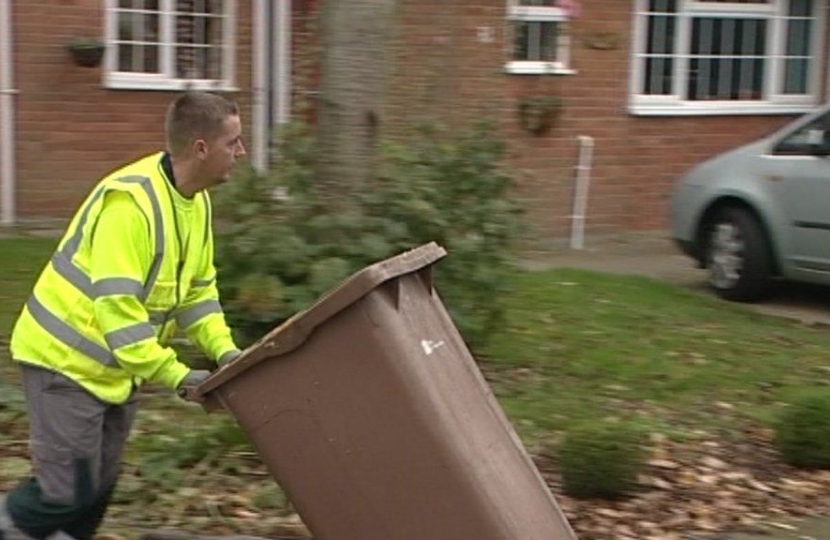 Wirral’s charges for its failing garden waste collection scheme could be banned under new Government plans announced this week.

At the same time, councils could also be forced to offer a weekly bin collection to prevent food waste being uncollected for up to 14 days.

The move is part of a plan to overhaul England’s waste system, the first update in more than a decade.

The garden waste collection service in Wirral, ‘the brown bin’, was initially free but the Labour Council then introduced a charge for the service, resulting in fewer people taking part.

A Council report out earlier this month revealed that hopes to persuade around 5,000 more households to part with £40 to have their garden waste collected had failed to materialise and the planned £200,000 extra income would not be met.  Recycling performance has also declined.

Further plans by Labour in 2017 to introduce a fourth wheelie bin, for food waste, and move to a three week collection cycle, were shelved following a public outcry.

Councillor Chris Blakeley (Conservative, Moreton West & Saughall Massie) welcomed this week's announcement:  “Emptying our bins is one of the primary roles of a council.  Yet, here in Wirral, residents have been faced with an ever more complicated system while being hit with additional charges for the ‘privilege’ of having their waste collected.

“The plans outlined by the Government will not only help to increase the recycling rates by ensuring les waste is produced in the first place, they will also put an end to the kind of charges we have seen Wirral’s Labour Council introduce in recent years.

“Ultimately, these new plans are about reducing the amount of waste we produce and ensuring that all residents have access to a simple, effective system of waste collection funded from Council Tax.  I hope Wirral residents will take part in the national consultation on these proposals when it is launched in 2019.”

The new strategy from the Department for the Environment will also eliminate avoidable plastic waste and producers will be expected to take more responsibility for items that can be harder or costly to recycle including cars, electrical goods, and batteries.