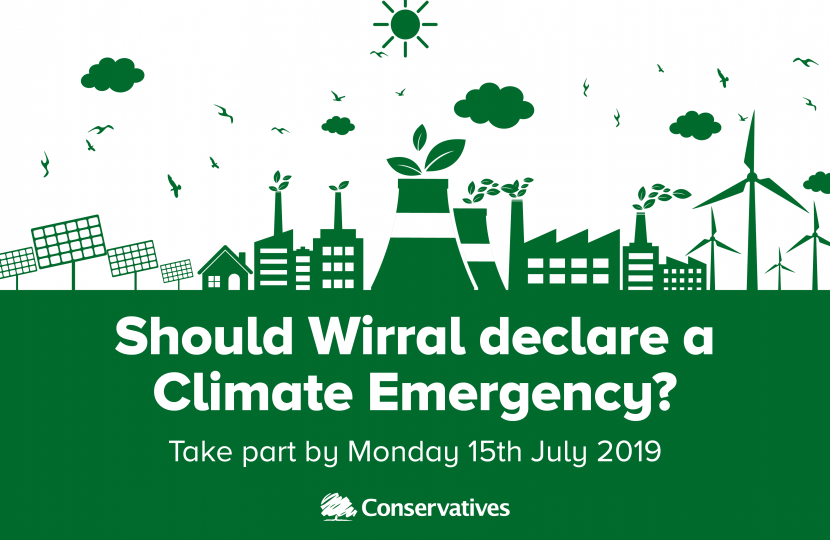 Later this month, councillors in Wirral will decide whether to declare a Climate Emergency. This follows last year’s non-violent protests by Extinction Rebellion against climate breakdown, biodiversity loss, and the risk of human extinction and ecological collapse.

Nationally, the Government has made the UK the first major economy in the world to set a date to bring all carbon emissions down to a 'net zero' but more needs to be done.

While Parliament has voted to declare a Climate Emergency, it’s up to local councils, like Wirral, to also play their part in helping to tackle the effects of global warming, pollution and destruction of our natural environment.

If enough of the 66 councillors agree, your council will take a more active role in helping to reduce carbon emissions, pollution and protect our environment.

Tell us how you would like us to vote

As your local councillors, we would like to know how you wold like us to vote on this important issue.  Take part in the survey and opinion poll below but remember - the Council meeting is on 15th July, so make sure you take part before then.

To find out more: