Bruce was elected as councillor for Moreton West and Saughall Massie in May 2014 and re-elected in May 2018, with a swing of 10.4% from Labour to Conservative.

Prior to being elected as a councillor, Bruce was Chair of the 'Birds and Trees' Residents Association in Saughall Massie from 2007 until 2010.

Bruce is a retired aircraft fitter and is married with three sons and five grandchildren. He has lived in Saughall Massie for 38 years.

Bruce is a School Governor at Lingham Primary School and serves as a trustee on the Tam O’ Shanter Cottage Urban Farm.

Bruce has worked closely with local shopkeepers and residents to develop Moreton in Bloom, and is focused on protecting our environment, and in particular our Green Belt, country parks and open spaces.

In the Town Hall, Bruce is a member of: 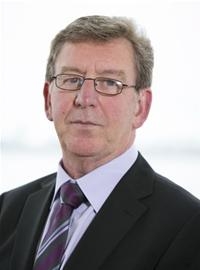