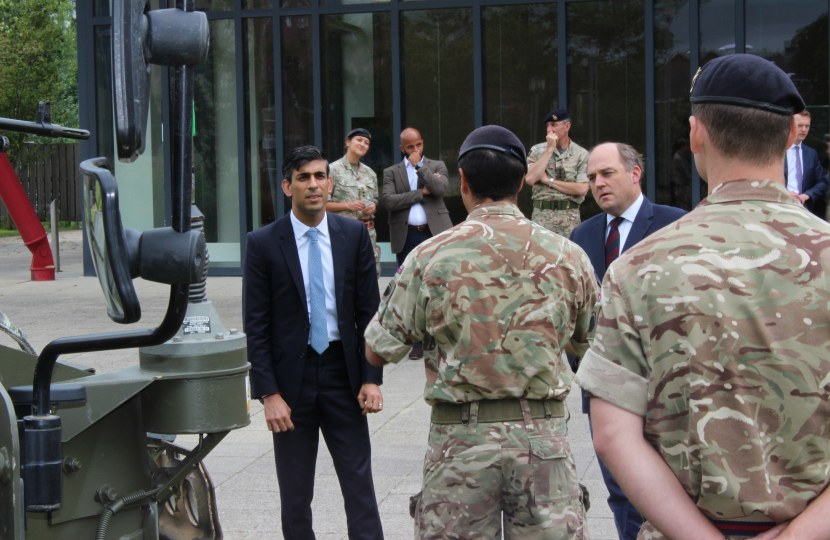 Supporting our veterans and investing in the men and women of today’s Armed Forces is a priority for Conservatives.

Supporting veterans and their families...

Minister for Veterans' Affairs, Johnny Mercer MP in his letter to veterans and their families said:

Some veterans do face deep struggles, which I will relentlessly strive to tackle.

That's why Conservatives are:

Maintaining and investing in our country's security...

A nation that fails to honor its heroes, will soon have no heroes to honor

That's why Conservatives are:

We need you! Join us: find out more here

Locally, we are keen to recruit current and former members of the Armed Forces as members and candidates - your skills, dedication and commitment are needed as much in our Borough as they are in our country.

That's one of the reasons why Standard Conservative Party Membership – and all associated benefits – is offered at a reduced rate for serving and former members of our Armed Forces - just £2.09 a month. Join us.

Could you be a candidate?